Gingivitis can cause dusky red, swollen, tender gums that bleed easily, especially when you brush your teeth.

If your gums are red and swollen but your teeth are firm, then it’s probably Gingivitis if the condition aggravates and the teeth become loose or mobile then it is Periodontitis. 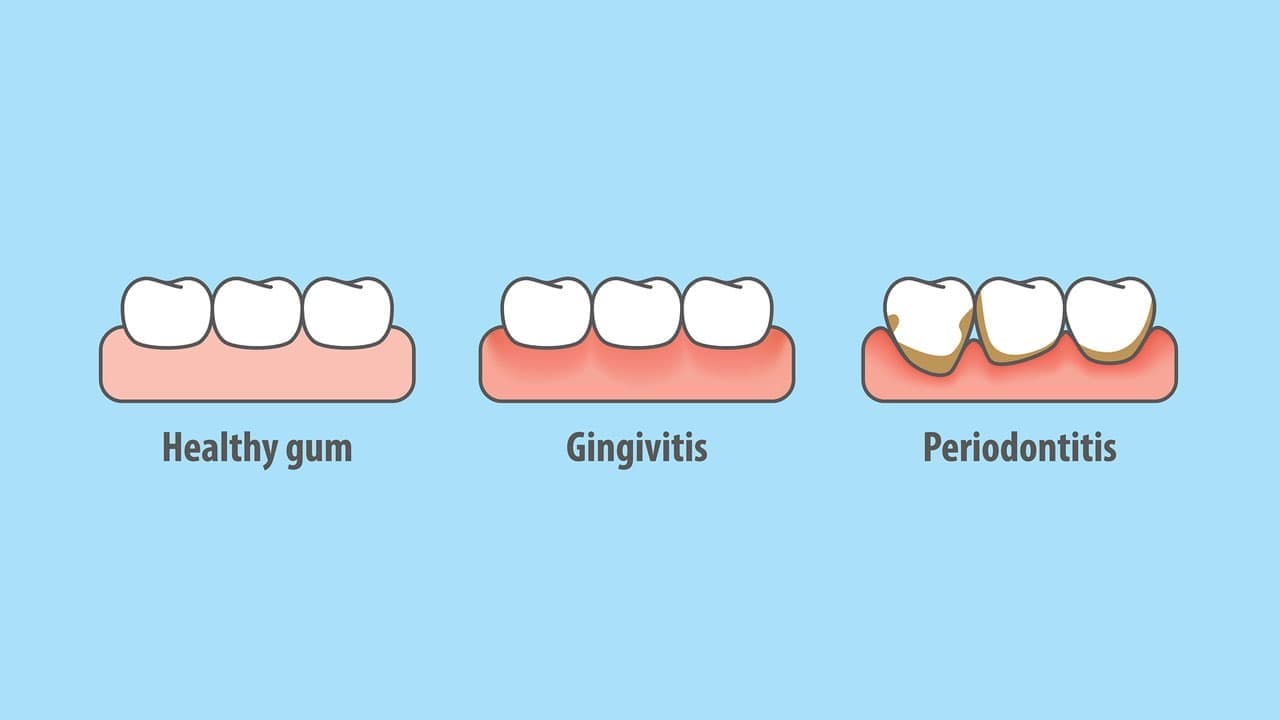 Gum diseases start with Gingivitis then are exacerbated to more serious stages if kept untreated to Periodontitis which has initial moderate and severe stages. 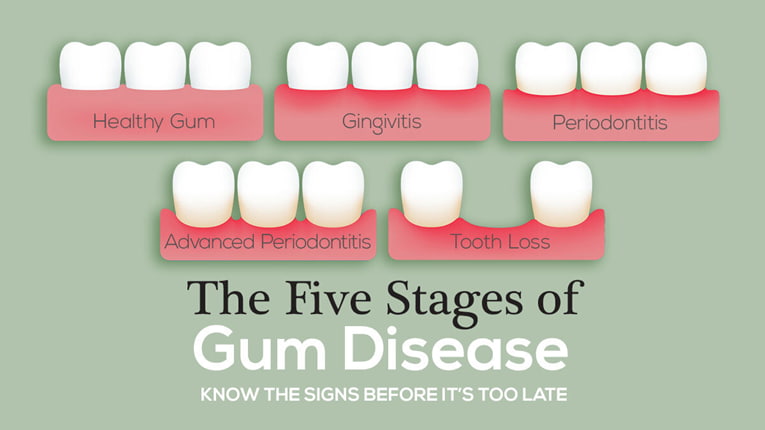 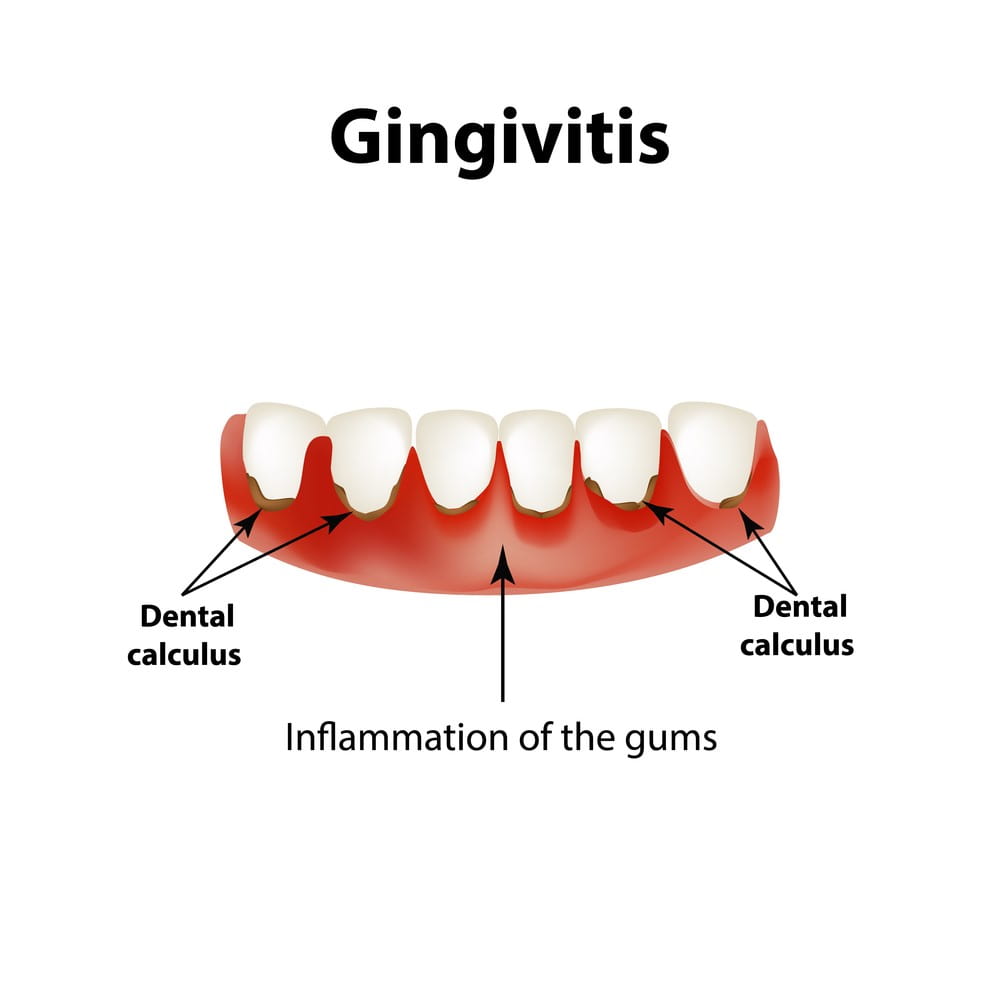 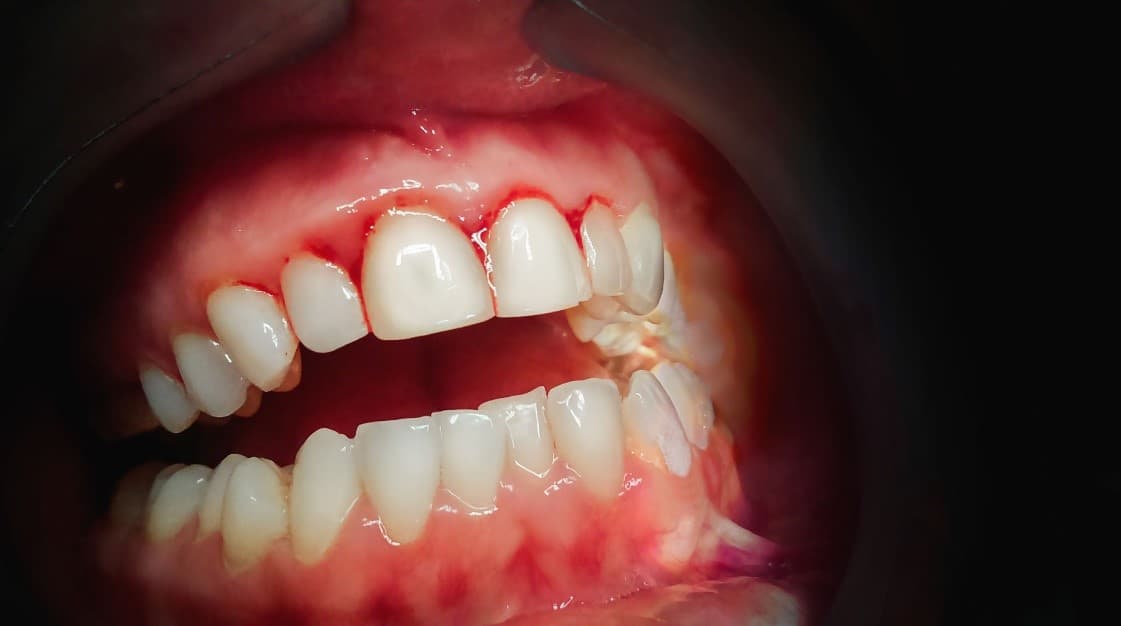 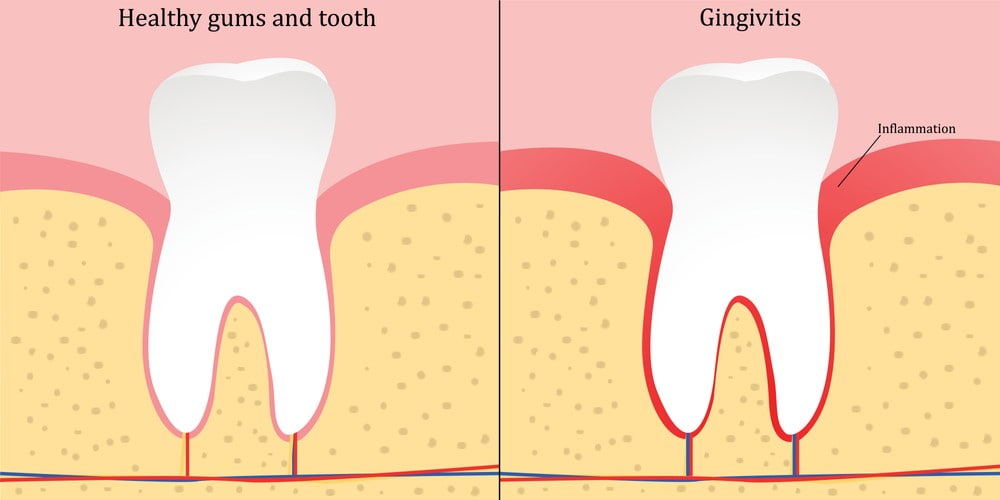 Below we shed some light on the types of Gingivitis according to plaque factor:

The most common cause of gingivitis is the accumulation of bacterial plaque between and around the teeth.

The plaque triggers an immune response, which, in turn, can eventually lead to the destruction of gingival, or gum, tissue. It may also, eventually, lead to further complications, including the loss of teeth.

Inflammation of the gingiva with an etiology other than dental plaque, such as gingival diseases of specific bacterial, viral, fungal, or genetic origin, or due to systemic conditions, trauma, foreign body reactions, or other causes.

Generally speaking, Gingivitis doesn’t cause any symptoms, but when the condition worsens over time, it may develop:

Now we know what is Gingivitis, let’s discuss the causes and reasons behind it:

When plaque isn't regularly removed, it can accumulate along the gum line and cause irritation to the gums and cause a condition which is known as Gingivitis.

Accumulated plaque hardens into an off-white or yellow substance called Tartar. This foreign hard substance irritates the gums just like the Plaque,

Tartar builds up along your gum line on the fronts and backs of your teeth.

Saliva eliminates bacteria and stops the formation of plaque and tartar in the case of dry mouth bacteria accumulate forming Plaque and Tartar.

When this happens, gingivitis develops more easily and may worsen into Periodontitis.

An increased level of progesterone, in particular, can increase your susceptibility to bacterial plaque causing Gingivitis, during Puberty and during Menstruation you may suffer from red, swollen, and bleeding gums

Hormonal imbalance during pregnancy can lead to inflammation and bleeding because gums are more vulnerable to plaque.

This is also called pregnancy gingivitis or gum disease.

Cancer, diabetes, and HIV are linked to a higher risk of gingivitis.

Smoking can be associated with the incidence of gingivitis and periodontitis in the oral cavity.

Caused by the bacteria in plaque, which irritate the gums, making them swollen, red, and more likely to bleed.

The patients with a lower dietary intake or lower blood level of vitamin C showed a greater progression of periodontal disease.

The intervention using vitamin C administration improved gingival bleeding in gingivitis, but not in periodontitis.

Genetics is only a very small factor when it comes to developing gingivitis.

According to the American Dental Association, genetics is a risk factor for developing gum disease.

How to cure gingivitis?

Gingivitis can be treated with good dental care and hygiene by your dentist and at home.

Gingivitis can go away but may come back if you do not keep cleaning your teeth properly at home.

Your initial professional cleaning will include removing all traces of plaque, tartar, and bacterial products — a procedure known as scaling and root planing.

Scaling removes tartar and bacteria from your tooth surfaces and beneath your gums.

It is the surgery that intends to treat Gingivitis in which Plaque Tartar and all bacterial debris have to be removed and washed away.

For the tooth and Periodontium to heal and become healthy again.

Also known as a Gum graft, where Periodontist removes a piece from a healthy gum to correct the receding gums.

Here we shed some light on some home remedies that can help to treat Gingivitis and improve oral hygiene:

Saltwater rinses can be helpful in stopping growth of bacteria in your mouth.
“Saltwater rinses work by increasing the pH- balance inside the mouth, creating a much more alkaline oral environment in which the bacteria are no longer able to thrive,” Dr Marc Lazare says.

There are several kinds of homemade mouthwashes that people can prepare to treat Gingivitis:


Turmeric is used in many home remedies due to it is anti-inflammatory and anti-fungal properties.


Gingivitis before and after 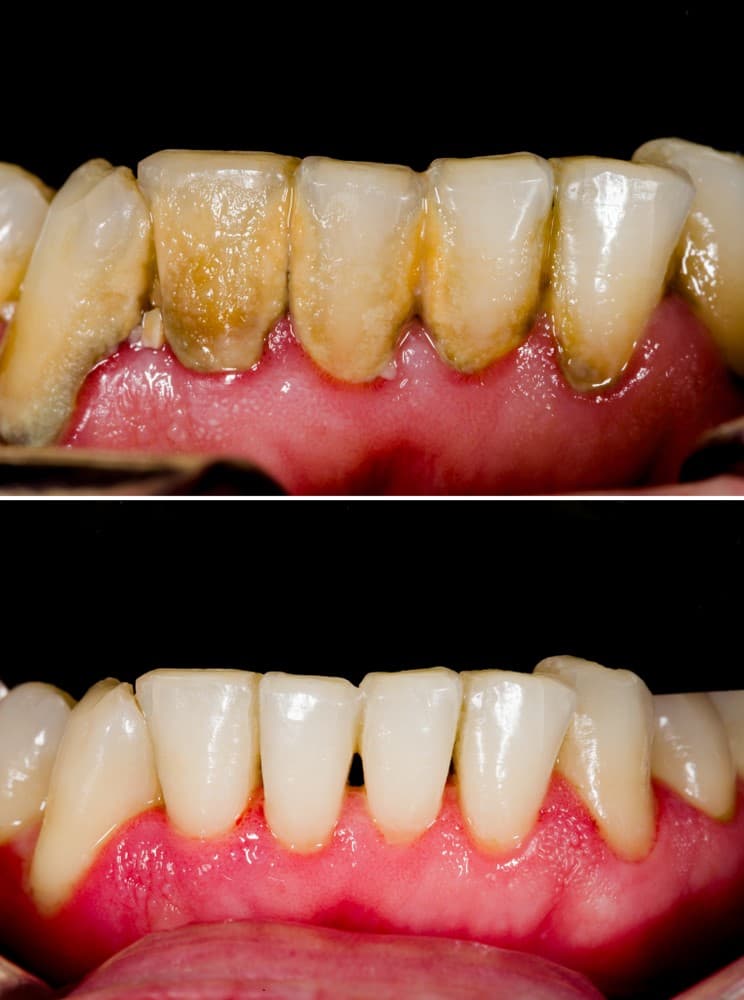 Bacteria can pass from person to person which means gingivitis is indeed a contagious disease.

Luckily Gingivitis is a reversible condition by following and maintaining good oral hygiene:

It is also called oral irrigation.

It is a common procedure during the treatment of periodontal diseases, where the steam of directed water is used to loosen and remove built-up plaque and debris underneath the gum line.

Depending on the causing factor, in most cases, gingivitis usually clears up within 10 to 14 days.

ILAJAK Medical© | A passion for care